Understand the implications of moving b/w 32-bit and 64-bit JVMs especially in terms of memory usage and allocation.

The most common reason for a memory leak is the wrong usage of statics. A static variable is held by its class and subsequently by its classloader. While a class can be garbage collected it will seldom happen during an applications lifetime. Very often statics are used to hold cache information or share state across threads. If this is not done diligently it is very easy to get a memory leak. Especially static mutable collections should be avoided at all costs for just that reason. A good architectural rule is not to use mutable static objects at all, most of the time there is a better alternative. 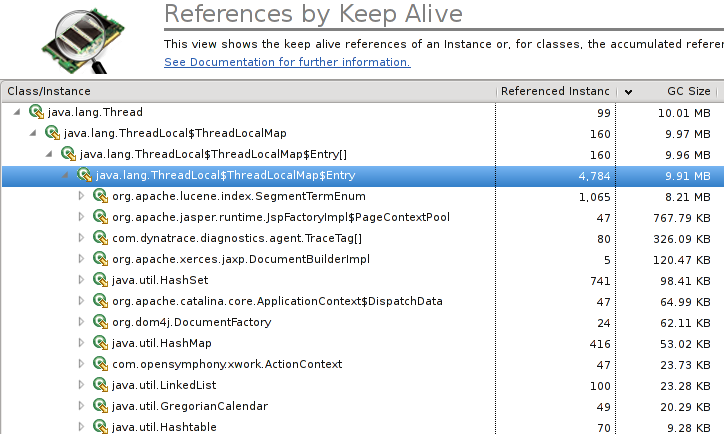 ThreadLocals are used to bind a variable or a state to a thread. Each thread has its own instance of the variable. They are very useful but also very dangerous. They are often used to track a state, like the current transaction id, but sometimes they hold a little more information. A thread local variable is referenced by its thread and as such its lifecycle is bound to it. In most application servers threads are reused via thread pools and thus are never garbage collected. If the application code is not carefully clearing the thread local variable you get a nasty memory leak. These kind of memory leaks can easily be discovered with a heap dump. Just take a look at the ThreadLocalMap in the heap dump and follow the references.

Source: A day in the life of a memory leak hunter

A common use of ThreadLocal can introduce a very nasty classloader leak.

If you have a static ThreadLocal (e.g. using it to implement the flyweight pattern for non-threadsafe expensive objects), and the contents has a reference to the ClassLoader containing the static, the classloader will never be GC’ed.

This is my favorite memory leak. It is best explained by example:

At the end of the code snippet we would think that the DOM Document will be garbage collected. That is however not the case. A DOM Node object always belongs to a Document. Even when removed from the Document the Node Object still has a reference to its owning document. As long as we keep the child object the document and all other nodes it contains will not be garbage collected.

This is a particularly nasty form or memory leak. It is not easily found, unless you have the right tool and it is also not known to a lot of people. JNI is used to call native code from java. This native code can handle, call and also create java objects. Every java object created in a native method begins its life as a so called local reference. That means that the object is referenced until the native method returns. We could say the native method references the java object. So you don’t have a problem unless the native method runs forever. In some cases you want to keep the created object even after the native call has ended. To achieve this you can either ensure that it is referenced by some other java object or you can change the local reference into a global reference. A global reference is a GC root and will never be garbage collected until explicitly deleted by the native code. The only way to discover such a memory leak is to use a heap dump tool that explicitly shows global native references. If you have to use JNI you should rather make sure that you reference these objects normally and forgo global references altogether. You can find this sort of leak when your heap dump analysis tool explicitly marks the GC Root as a native reference, otherwise you will have a hard time.

It might not be obvious on the first glance, but if your equals/hashcode methods violate the equals contract it will lead to memory leaks when used as a key in a map. A HashMap uses the hashcode to lookup an object and verify that it found it by using the equals method. If two objects are equal they must have the same hashcode, but not the other way around. If you do not explicitly implement hashcode yourself this is not the case. The default hashcode is based on object identity. Thus using an object without a valid hashcode implementation as a key in a map, you will be able to add things but you will not find them anymore. Even worse if you re-add it, it will not overwrite the old item but really add a new one. And just like that you have memory leak. You will find it easily enough as it is growing, but the root cause will be hard to determine unless you remember this one. The easiest way to avoid this is to use unit testcases and one of the available frameworks that tests the equals contract of your classes (e.g. http://code.google.com/p/equalsverifier/).

When thinking about memory leaks we think mostly about normal java objects. Especially in application servers and OSGi containers there is another form of memory leak, the class loader leak. Classes are referenced by their classloader and normally they will not get garbage collected until the classloader itself is collected. That however only happens when the application gets unloaded by the application server or OSGi container.

There are two forms of Classloader Leaks that I can describe off the top of my head. 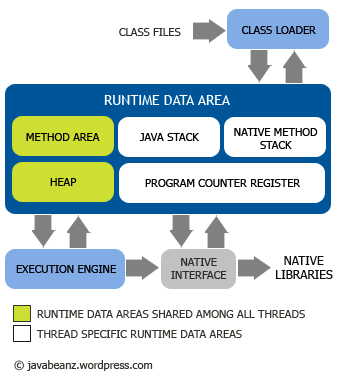 Responsible for the execution of the instructions specified in the classes.

interacts with the native libraries. 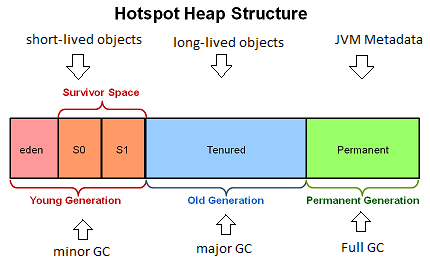 In the order of strength, the references can be arranged as,

Direct instances of this class may be used to implement simple caches; this class or derived subclasses may also be used in larger data structures to implement more sophisticated caches. As long as the referent of a soft reference is strongly reachable, that is, is actually in use, the soft reference will not be cleared. Thus a sophisticated cache can, for example, prevent its most recently used entries from being discarded by keeping strong referents to those entries, leaving the remaining entries to be discarded at the discretion of the garbage collector.

Weak reference objects, which do not prevent their referents from being made finalizable, finalized, and then reclaimed. Weak references are most often used to implement canonicalizing mappings.

Phantom reference objects, which are enqueued after the collector determines that their referents may otherwise be reclaimed. Phantom references are most often used for scheduling pre-mortem cleanup actions in a more flexible way than is possible with the Java finalization mechanism.

If the garbage collector determines at a certain point in time that the referent of a phantom reference is phantom reachable, then at that time or at some later time it will enqueue the reference.