To demonstrate how Redis Sentinel will lose data when a split-brain occurs, assume the following:

Meanwhile, the client will continue to write to the isolated master.

If the network heals and all the servers are able to communicate to each other again, the majority of sentinels will agree that the old master (the one that was isolated) should become a slave of the new master (the slave that was promoted to master). When this happens, all writes sent by the client are lost, because there is no data synchronization in this process.

The Redis Cluster bus uses a binary protocol to exchange messages between nodes. The low port is specified in the configuration, and Redis assigns the high port by adding 10,000 to the low port. For example, if a Redis server starts listening to port 6379 (low port) in cluster mode, it will internally assign port 16379 (high port) for node-to-node communication. The Redis Cluster topology is a full mesh network. All nodes are interconnected through Transmission Control Protocol (TCP) connections.

When Redis is in cluster mode, its interface is slightly changed. This requires a smarter client. When connecting to Redis through redis-cli, the -c parameter is required to enable cluster mode. Otherwise, Redis will work in single-instance mode: 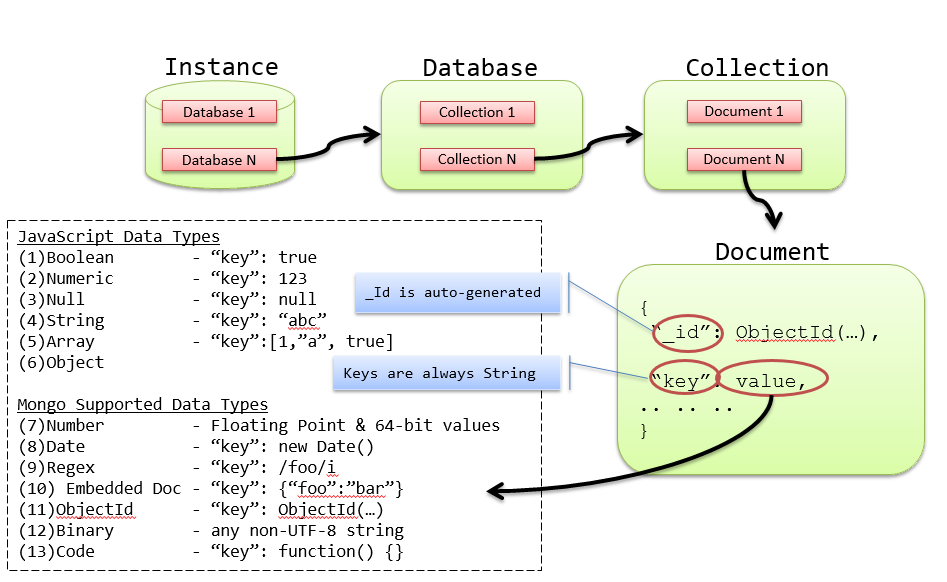 By setting w=0, you do not require that MongoDB acknowledge receipt of the insert. db.events.insert(event, w=0)

Journal write acknowledgement If you want to ensure that MongoDB not only acknowledges receipt of a write operation but also commits the write operation to the on-disk journal before returning successfully to the application, you can use the j=True option: db.events.insert(event, j=True).

MongoDB uses an on-disk journal file to persist data before writing the updates back to the “regular” data files. Since journal writes are significantly slower than in-memory updates (which are, in turn, much slower than “regular” data file updates), MongoDB batches up journal writes into “group commits” that occur every 100 ms unless overridden in your server settings. What this means for the application developer is that, on average, any individual writes with j=True will take around 50 ms to complete, which is generally even more time than it would take to replicate the data to another server.

Replication acknowledgement To acknowledge that the data has replicated to two members of the replica set before returning: db.events.insert(event, w=2).

In a sharded environment, the limitations on the maximum insertion rate are:

via HTTP REST Interface Note: If the db is password protected, send requests with credentials as follows: http://username:pass@remotehost:5984/dbname

Types of technologies in Graph space