Both the host instance and the application process are stripped away in the FaaS model. Instead, we focus on just the individual operations or functions that express our application’s logic.

There are five key criteria that differentiate serverless services—both BaaS and FaaS—that allow us to approach architecting applications in a new way. These criteria are as follows:

The two overarching architectures are

Good serverless systems try to minimize the scope and the footprint of Lambda functions so that these functions do only the bare minimum (call them nano functions, if you will) and primarily focus on the tasks that must not be done in the front end because of privacy or security concerns. 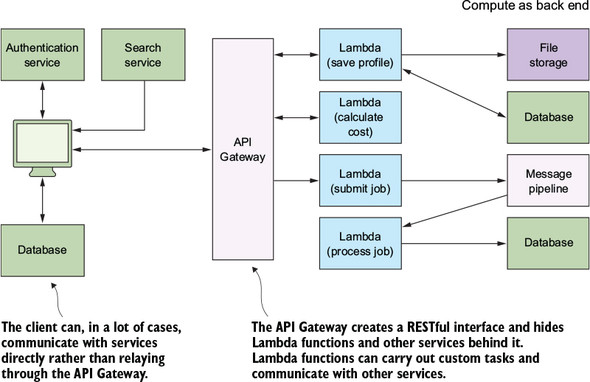 With this style of architecture, the focus of the developer is on the design of their pipeline, coordination, and flow of data. The parallelism of serverless compute services like Lambda helps to make these architectures appealing.

With Kinesis Streams you can accomplish the following: 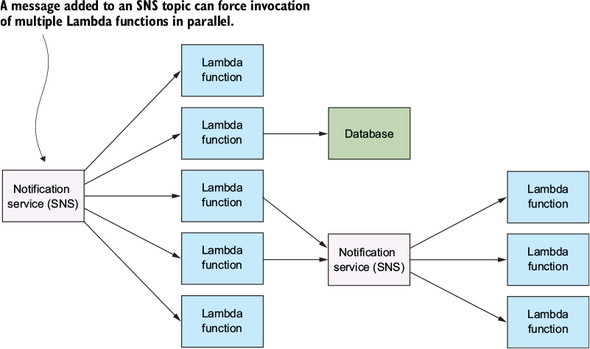 The purpose of the pipes and filters pattern is to decompose a complex processing task into a series of manageable, discrete services organized in a pipeline. Components designed to transform data are traditionally referred to as filters, whereas connectors that pass data from one component to the next component are referred to as pipes. Serverless architecture lends itself well to this kind of pattern. This is useful for all kinds of tasks where multiple steps are required to achieve a result

The important thing to know is that you must define a function handler, which will be invoked by the Lambda runtime. The handler takes three parameters—event, context, and callback — and is defined as follows: